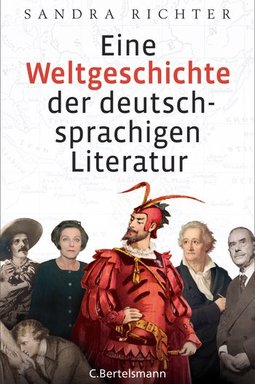 World literature echoes through all cultures: world literature is an aesthetic wish and a civilisatory hope. Yet, what is world literature and where does it originate? Translations of literary works indicate how these works reach the world and become interregional, international and, maybe, global phenomena. Direct relationships between authors, translators, and editors promote these translations. Using the example of several well-known works the following maps, tables, and diagrams document the dissemination of German literature in translation worldwide. They take the location of print as point of departure. Mostly, yet not always, these location give insight into the language of a translation, its public and the respective social, local, regional or national interest in a text. The maps, graphs, diagrams, and bibliographies below take in all editions of a translation and group the results according to the name of the author.

How these maps, graphs, tables, diagrams, and bibliographies could be interpreted and how a translation relates to its public as well as to creative new writings of a work is shown in Sandra Richter’s monograph Eine Weltgeschichte der deutschsprachigen Literatur. Those who want to know more may consult the book. One result shall be anticipated here: not every work that is being read beyond the borders of its literature should be honoured with the title “world literature” but the global dissemination of a work enhances its chances to become “world literature”.